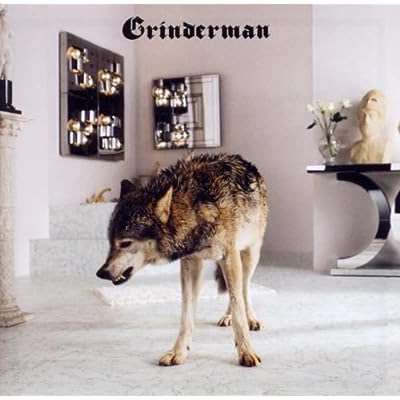 The mid-life crisis suits Nick Cave. He has a widow's peak, a lounge lizard countenance that complements his doomed youth, and he's making some of the best music of his career both with the Bad Seeds and their splinter faction Grinderman. All the same, the existential howl of their first album couldn't be carried off again as you can't surprise people who had modern Cave down as a romantic poet like that again. While it's still feral malevolence with electric bouzouki, a coruscating wig-out of fiftysomething sexual catharsis, the thud and muster of that debut is tempered a bit by deviations into spaced out Funkadelic, ending up stuck somewhere between the dissolution of the Birthday Party and those strung out first couple of Bad Seeds records.

Supposedly Cave, Ellis, Casey and Sclavunos went into the studio without any preconceived ideas of what they were going todo, which works on two fronts, that of sounding like a free-form charabanc and a testament to their tightness. The Grinderman palette takes in its garage howl and adds a welter of psychedelic noise arranged so they might level mountains, best crashed about in the extraordinary discordance with direction of Worm Tamer or Berlinger Blues' queasy, layered Kraut-sludge. That level of malevolence finds a match for the black humoured lasciviousness, the self depreciation present in No Pussy Blues rendered as desperation towards someone, young or old. Someone's already being sucked dry a minute and a half in. Kitchenette is his appeal to a married woman of whose husband Cave claims to her "you don't really dig him", although what help his observation of "the ugliest fucking kids I've ever seen" would be is moot. When My Baby Comes might as well be the Bad Seeds, featuring Warren Ellis back on moping violin and Cave defeatist about the future of his current love until it turns tail and spirals downwards halfway through. It's a strange kind of fun, but as an album it's the waking up and smelling the cold coffee, swapping the outright carnal desire for desperate attempts to personify what's going on. What that means is a much superior overall picture and a show of brute strength in a velvet glove.