Sweeping The Nation Albums Of 2010: Number 1

"But what did you expect?" 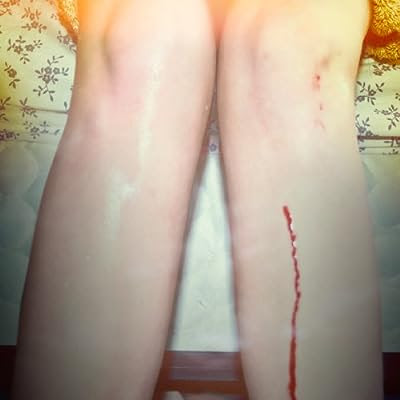 Who are Los Campesinos!, then? This used to be an easy question - they're a gang of seven (now eight) vaguely in-tune people, based in Wales but actually from all over England (and one from Russia, though Aleks left after recording this), who make the sort of music some call twee and/or C86, all fanzines, manifestos and badges, sugar rush shouty vocals, glockenspiel and lyrical concerns that range as far as dancing, moping about girls and sixth form sociology. Actually, no. Signalled by album-that-wasn't We Are Beautiful, We Are Doomed, there's a darkness that's slowly crept in around the edges. That pat response was misleading anyway - Gareth's namechecked Xiu Xiu enough times, and when they first emerged the RIYLs that people instinctively reached for were more likely to be Pavement and Broken Social Scene. If Romance Is Boring - a lie of a statement, it turns out - still didn't put those initial wide signifiers to bed it means someone's not doing their job properly, and as you can see from the number at the end of this post title it's very much not the band. Put it down maybe to the 'quarter life crisis', the moment when a university graduate properly realises they have to stand on their own two feet for the first time in a harsh world - Hold On Now, Youngster... being the rush to show the world what it can now do and putting its world to rights, followed by the self-lacerating, frustrated kicking against a world they suddenly feel if not lost in then at least burdened down by. In the press release Gareth described the content as being about how "ultimately there probably isn't a light at the end of the tunnel". Chin up, lad.

Despite featuring a big chorused, power chorded modern indie rock song (the title track, which bridges with mightily awry guitar skronk) this is in no way a stab at the populist mainstream. Gareth once said that every incident laid out and admitted to in We Are Beautiful, We Are Doomed had actually happened to him, and even if he's not inhabiting a character he's still involving himself in decoding big emotional truths - band lore says Romance Is Boring tells an eventful, somewhat disturbed story from beginning to end, but not in track order. That'll be why it starts with a track, In Medias Res, that shares its title with a phrase denoting the narrative technique where the story begins somewhere other than the beginning of the narrative (experimentally autobiographical novelist BS Johnson, an admitted huge influence on the album and this in particular, would understand) That same track shifts another narrative on, built on menacing darkness and shifting tones, unable to make its mind up about love and the futility of such, shifting and adding depth as it progresses before fading the layers as gradually away as they had arrived. Right at the end Gareth, sounding utterly exhausted by defeat, asks "If you were given the option of dying painlessly in peace at 45 but with a lover at your side/After a full and happy life... Is this something that would interest you?" The Sea Is A Good Place To Think Of The Future journeys through eating disorders, escapist fantasy versus grim reality and the female subject’s thoughts of ultimate morbidity to the accompaniment of a slow burning churn, the kind of skyscraping storyboarding and high achievement that would make other bands' careers. There are still lighter, misleadingly optimistic moments - There Are Listed Buildings ("woe betide your listed heart") is the closest to their old sound, Straight In At 101 flirts with self-parody and ends up tired and emotional - but those are set against We’ve Got Your Back (Documented Minor Emotional Breakdown #2), which seems to run several admirable melodies over each other and veers between awkward states of serenity and the odd male gang shout, or Who Fell Asleep In's swaying balladry and melodramatic swooping violin holds down personal pain and specific guilt around the church. Plan A crashes about in heavy No Age distortion and ADHD, bearing a long and awkward chorus with no resolvement before coming to rest around the two-minute mark, and turns out to be about a plan to get out and become a, erm, Maltese national football hero.

Quite aside from Gareth's lyrical games of emotional Jenga, Romance Is Boring is very deliberately a fully planned and sequenced album, see-sawing around the emotions and styles, setting off blackly humoured line after line, never too clean, never too messy, and might need a few listens for everything to sink in until it's fully understood what's going on here. A great advert for giving bands time to realise what they can do musically, dramatic and adaptable to the roughest of conditions. They’ve connected their natural instincts to founding a fascinatingly personal boundary pushing middle ground, laid out against a lyrical style that opts for openness, perhaps too honest, philosophically heavy where once was route to adoration, veering from raw emotion to blissed out longing and praying. They've had their fun and now it's time to serve their conscience. As a listening experience, as a ride through the emotional wringer, it's rarely bettered.

So that's who they are. Where the hell do they go next?

The Sea Is A Good Place To Think Of The Future

A Spotify playlist containing as much representation as there is there from both the albums of the year top 50 and the 100 other best tracks
Posted by Simon at 12:00 am

I took a guess earlier today what your #1 would be. Please to say I WAS RIGHT :)

In fairness, if you've read STN for any period of time and taken note of what had gone it would've been fairly easy to guess.

never read your blog but will start now, finally someone on ther interweb gives this album the respect it deserves, kudos.

You've put that quote at the beginning in the right place! ;)