Sweeping The Nation Albums Of 2010: Number 5 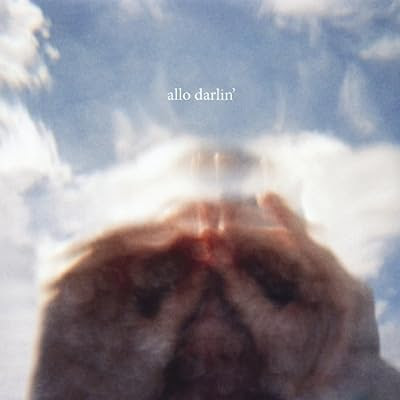 Many people remain suspicious of a band like Allo Darlin'. You can see why on paper. They're fronted by a ukelele-touting Australian, Elizabeth Morris, who is also in a band fronted by Amelia Fletcher. One track namechecks Motherwell indiepop heartbreakers the Just Joans. Another, Kiss Your Lips, begins with someone winning a teddy bear at a fairground after buying candyfloss and popcorn and goes on to quote quote several lines from Weezer's El Scorcho. On the other hand, such guileless pop almost represents the true alternative in an increasingly sure of itself and its specific retro foibles. Which is all very well, but you’ve still got to harbour the individual nous in order to step away from satchels and hairslides cliche, and that’s just what Morris does so well. This sort of thing used to be perfectly acceptable, telling stories with little surface irony and a deep regard and respect for the sweetest of sentiments, in Allo Darlin's case influenced by the Go-Betweens' location of the right meaning in the smallest of detail.

Morris' playful but bittersweet lyrics find a way to tell a story engagingly and cut to the bitter quick with non-slushy sentiments intact, an open hearted innocence parlayed into the language of love and loss, finding the right meaning in the smallest of detail. The flute solo bolstered Polaroid Song invokes the slow death of the titular camera film brand as a metaphor for the worries of a new relationship - “will we still look happy when we’re not so overexposed?” - while the Ring Of Fire quoting Heartbeat Chilli prevaricates in the kitchen, and later in a lido observing the wrinkling of fingers in water, all the while waiting for the right romantic move to be made. Dreaming pitches the conflicted emotions of a Camera Obscura into a duet with Monster Bobby, who gives it his best Stephin Merritt for a swooping, swooning pop morsel about the impulsive heart (“It’s freezing out here on the pavement, but here in your arms it’s heaven/I can wait for you now but not forever”) that finds room for a lap steel solo. The surf inflected Woody Allen attempts to cast the stars and producer of their love story and comes out of it oddly favourable, not least through the line "sometimes it gets bad, (but) it never gets Bergman bad" and a triumphant ending of "Max von Sydow couldn’t play you". Most obviously indebted to the still and the fine print around the business of life and the language of love, Let’s Go Swimming rewrites the Magnetic Fields' All The Umbrellas In London via If You're Feeling Sinister to create a seeming defiant portrait of a single quietly beautiful spot in time, hazy slide guitar and unaffected imagery of hanging out by a Swedish lake in high summer capturing the moment. It's that kind of sunny optimism, unhurried ease and glorious use of melody and stretching the terms of the indiepop four-piece that makes Allo Darlin' among the best in class, invigorated by "dancing on my own to a record that I do not know in a place I’ve never seen before". There’s just as much to admire though in the smart lyrical touch that belies any sort of scene connotations, a fine romance borne from catching hold of the little things.