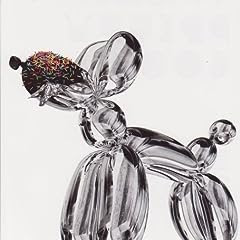 Quasi-pretentious art-rock! Ah, that's what we're here for. The resolutely non-working class accents, overelaborate names (come on down, singer Johannes von Weizsäcker!) and Afro-referencing tracks about long serving hyperactive eclecticsts They Came From The Stars, I Saw Them wherein they are ultimately adjudged to be "pretty good" are one thing, the sample friendly glitchy electro punk-funk with a Dadaist sense of humour quite another. Mega Breakfast is where The Chap made the jump from a band much admired by other bands but little heard outside that sphere to the rim of commercial potential, without so much as being that much more mainstream or approachable. Maybe everyone else caught up with them.

Take Fun And Interesting, a related cousin of the still fairly modish Talking Heads' Fear Of Music, with the addition of a violin trilling around the second half, were it not comprised of mock self-improvement screeds and hijacked by a mock operatic choral chorus of "come on, come on cloner, clone me another me/My generation needs another me". The off-beat driven Caution Me takes its lead from Kraftwerk's Showroom Dummies, opens with the line "come into my bathroom showroom" and becomes steadily creepier with its squelches and motorik beat. Then it stops and von Weizsäcker suggests "develop a voice which is annoying", closely followed by "imitate a newsreader badly", just before the whole thing gets swamped in overdriven fuzz guitar. Carlos Walter Wendy Stanley - surely a reference to the A Clockwork Orange composer and electronic music pioneer, backed up when "Delia" (Derbyshire?) is later introduced - mixes skipping beats and crashing post-punk guitars and appears to feature a plastic ruler twanging on the edge of a desk as percussion. Then Surgery takes suggested elements of Justin Timberlake and yacht rock without batting an eyelid. Fourteen seconds into the calm but worrying opening of Take It In The Face, a voice appears over the existing vocal to declaim one word: "Belch". Fuck knows what's going on. Suffice to say, when Ethnic Instrument uses afro-funk appropriation against itself with the aid of power chords and nonsense filtered voices before Proper Rock promises "proper songs about girls and clubbing" ("art, art, art/Don't make no rave, Dave!") in the vein of Bowie meeting the Cribs you either head for the hills or, hopefully more likely, applaud the brave attempt at reconfiguring alt-rock from the ground up before getting sidetracked by marauding surrealists. Much as you'll hear hints of others - Hot Chip, Fujiya & Miyagi, the DFA irregulars, Appliance, Datarock just maybe, Clinic possibly - The Chap don't really have any immediate comparable bedfellows, so peculiar and impractical is their take on, erm, everything. Unmissable.

I'd wondered if I Saw Them was about anyone in particular. I suppose if I'd done the slightest research or actually thought it through properly I would have worked it out for myself.