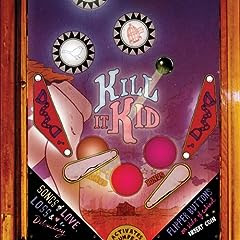 When Antony Hegarty appeared in 2005 his voice seemed a true one-off. Now it's all over the place. Well, maybe not all over, but Bath's Chris Turpin does a fair version of his lowing caw and doesn't even feel the need to showboat with it. The clue, however, is in the name - Kill It Kid are named after a Blind Willie McTell song, and their sound is appropriately raw delta blues, transported from Alan Lomax's archive through layers of roots folk rebellion and emotiveness to a heavily distorted version of the Mississippi traditions. They may be implausibly young for possessing voices so weathered and meteoric, but didn't we see notions of authenticity off several years ago?

You've rarely heard a band of late rocket out of the stalls with as much vigour, determination and ability to immediately stamp their authority on the curious listener as on Heaven Never Seemed So Close. Full of enormous fuzzy riffs, slide guitar runs, crashing dynamics, wheedling violin, nearly endless percussive handclaps and Turpin's larynx defiling lead, it's nigh on shocking that they have enough left in the tank to give to the other ten tracks. Let alone that it's followed by Burst Its Banks, which can't decide whether to take up a more Arcade Fire-y strings aided devil march or rollicking piano-roll blues choogling, so does both. It sounds on paper like chaos but the joins are completely seamless, as are the harmonies with co-singer Stephanie Ward. Her interplay with Turpin is constantly surprising and lively, especially on the unashamedly Opry bluegrass of My Lips Won't Be Clean, while her own lead vocals, even when the backing slips into AOR, are throaty and jazzy at full power, her best audition being the dramatic ebb and flow of Dirty Water. They can do more nuanced ballads too, centrepiece Send Me An Angel Down starting softly with swells of strings before Turpin helps usher in an ever growing tide of percussive force, joyful whoops and fuzzed out guitars helping the strings issue their centre point flourishes while always remaining gorgeously floating. For a band, especially British, fresh from further education it's remarkable to find a record so self-assured and so capable of assimilating specific influences and simultaneously injecting them anew with energy, melodrama and an absolute urge to bring the house down, crafting a well balanced and flowing album in the process even if that's the least of their achievement.