Sweeping The Nation Albums Of 2009: Number 4 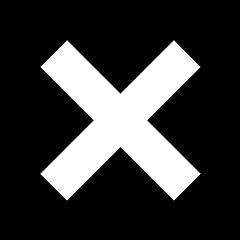 Not having ProTools we can't go into detail about normalising and the mastering cut, but it's ironic and interesting that in the midst of 'the loudness war', the turning up of everything over everything else to wreck all subtlety in new recordings, the most interesting record put out by a sizeable British label at least in the second half of 2009 dealt in space, minimalism, almost bleakness, almost as much about what it didn't say or express itself as as what it does. Many comparisons have been thrown The XX's way, from Young Marble Giants to Timbaland to the Cocteaus to Burial, but for us the nearest comparative point is Massive Attack's Mezzanine. That was the album where 3D reached back for the post-punk darkness he grew up on - the Pop Group, early Cure, dub. That album was all about textures and low frequency creepiness over funkiness, and while the close-miked intimacy makes this album more welcoming than that oppositional iciness there's that same air of nameless, dank vulnerability with sponge sides. Need the deal sealing? Oliver Sim has exactly the same vocal timbre as 3D.

Not to suggest that this is in any way a straight rip. It's the atmospherics that make this what it is, but not in the same dread-coated sense. Guitars dance delicately around the deep electronically enhanced bass as Jamie Smith's pre-programmed but played live drum patterns play around with the abstract echoes of cutting edge hip-hop and R&B rhythms, at once open and claustrophobic well before Sim and Romy Madley Croft have had the chance to start trading off each other's lovelorn prose at even closer quarters. When they do join us on VCR it brings an immediate night time feel to proceedings, not quite narcoleptic, not even in that sense, but of 3am unstructered and unguarded thought processes. There's a lyrical preoccupation with how relationships work, grow and fall apart that goes beyond most of British guitar-bass-drums' prissiness about getting too close, too emotionally attached. Crystalised seperates every instrument into seperate entities so the woody, chiming two-string riff and prowling, minimal bass really do sound like they're curling round each other for anxious warmth and company long before the dual vocals reassure, of sorts, "don't think that I'm pushing you away when you're the one that I've kept closest". By the end they're singing different lines over each other. Heart Skipped A Beat aches with longing for basic connection; the two act play of Fantasy, riding in on an enormous bass throb before Sim begins singing from the other end of an echoey corridor as if lost in his own mind, and Shelter, Croft's key lyric "can I make it better with the lights turned off" delivered with a crystalline poignancy that echoes the reverbing central guitar line, threatens to answer it. At the same time there's a streak of playfulness without turning into clever-cleverness even when what's being expressed over it runs off unflinching honesty and deep levels of personal connection. Witness the way Islands' programmed bottom line occasionally makes like it's got briefly stuck as the pair coo "I am yours now so now I don’t ever have to leave". Basic Space sounds like an R&B production stripped back to its barest notation before introducing a drum pattern that sounds like nobody so much as Womack & Womack (whose Teardrops they often cover live), but the narrative finds its sex life completely conflicted about the basic need of sex and the trade-off suggested by such and the resultant permanent link. Is the guitar on Infinity supposed to resemble Chris Isaak's Wicked Game? Whatever, Sim's half of the bargain seems appropriately love desperate even as Croft is refusing to give up the affair "because I care too much". Again, in expressing such carnal confusion the space is the key, allowing room to breathe - ironically the one thing Basic Space suggests is metaphorically lacking in Croft's approach - and in such room for... manoevure? A moment to consider where this is going? Such moral confusion and confession works because of the overdrive vacuum, almost a negative print of most current trends (look at the records that surround it in this countdown, for several) and an absolute triumph of a fully formed, singular arrival.

Def a favourite of ours as well, and what a superb write up of the album - you capture it perfectly and really do it justice. Couldn't agree more with your reference to Massive Attack.