Sweeping The Nation Albums Of 2007: Number 4 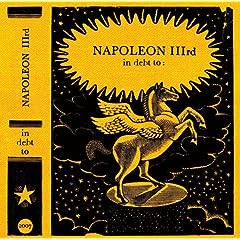 The media can go on all it wants about its 'real life' standard bearers for home produced pop, ignoring that both Lily and Kate recorded their albums in top class studios with experienced producers and major label backing. The best visions of solo artistry are those that take pop's tropes down their own lo-fi corridors, fitting as many ideas as possible in before the very fundament of their song gets compromised, and the very top of the pile was estalished as his own lebensraum this year by Wakefield's James Mabbett and his back room full of scrappy guitars, car boot keyboards and glitch-set software. In Debt To sounds at first like a DIY textural noisesmith taking perfectly good songs off course, then a home brew psychedelia, then a second cousin to the flexibly defined folktronica subsection, and eventually you give up wondering where it fits in and let its myriad charms wash over you, of course because it doesn't comfortably fit in anywhere.

Ushered in by the growing waves of atmospheric noise of Introduction To A, This Is My Call To Arms starts as strident post-Britpop before managing a false ending 26 seconds in, holding off a further six before sampled 70s regional TV ident horns launches it back into, well, veering all over the place yet still sounding like a coherent whole among the electronic Flaming Lips-esque collages of beats amid protesting lyrics climaxing in the demand "don't live your life through the TV". Defibrillator ("please don't rob me, all I have are these songs") cuts its own acoustic guitar and mad drum machine up in a Warp Records fashion, cutting itself off seemingly randomly and surging off in post-electro post-punk directions as Mabbett regrets "I love this city but I won't walk home at night". Bubbling synths and two different vocal tracks herald The Conformist Takes It All before it turns into an unlikely singalong, not least as the key choral lyric is "listen to what I say/Average is not the best you can do". It's virtually a slogan for the whole concept, already staking a pitch between Add N To (X) and the Beta Band in its scope. Guys In Bands is right out of the BBC Radiophonic Workshop's darkest recesses, if Delia Derbyshire gave house room to jaunty acousticity reminiscent of Elephant 6 wired to the national grid, and ends with pleasing Clangers noises. Anti Patria resembles an overdriven Animal Collective, opening "in life I’m excited by the things I don’t understand" and bringing in subtle colliery brass band mixed in with the buzzing keyboards, while the shifting, texturally varispeeding Hit Schmooze For Me balances on another fist-aloft slogan - "this is not my life, it's just my day job, the way I pay the rent" - amid glitches, trumpet fanfares and what can only be called an anthem for disaffection unlike any of the screeds of 'anthemic' bands around at the moment. Just about the last thing you'd expect now is a straightforward love song, yet he manages that as well in the heartaching Kate's Song, the track that properly starts the supposed second side, in general less dynamically driven but no less effective or inventively layered. Jens Lekman could strip back What We Have Here Is Ending for his own, if he didn't mind the socio-politicising. The Casual Terrorist Vs The International Board Of Wishing matches electronic Conor Oberst to pastoral Gruff Rhys, while closer One Song Before Bed To Three Four is virtually a power ballad in these surroundings. The most enthralling thing about such a packed but streamlined album is that it's one of those rare collections where you discover something new and exciting with every listen, such is Mabbett's vision with layering everything just so while still making it sound almost thrown together, retaining a classic melodic sense even as he sets about merrily ripping it several new holes. A spectacularly forward-thinking album, you'd wonder whether any of his solo competition could possibly hang on in there.

LISTEN ON: This Is My Call To Arms
WATCH ON: Hit Schmooze For Me

Pagan Wanderer Lu: "I can't decide between LCD Soundsystem - Sound of Silver, Of Montreal - Hissing Fauna Are You The Destroyer? and Napoleon IIIrd - In Debt To"
Posted by Simon at 12:33 am

We just linked to you. xx

And I'd have copied you three into the blogger poll as well but I couldn't remember its name...