Not the same old show on my radio

Here's something you may not recognise these days. 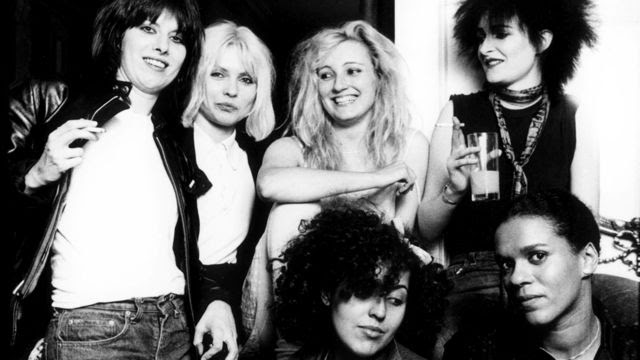 Yeah, it's a magazine cover shot of leading female singers of the day - for something called New Musical News in 1979 - and all of them are fully dressed (see also). From left: Chrissie Hynde, Debbie Harry, Viv Albertine, Poly Styrene, Siouxsie Sioux, Pauline Black. The latter hosted a Radio 4 documentary on the strong female artistic and often challenging inclination in punk and new wave/post-punk, interviewing Styrene, Albertine, Sioux and Gaye Advert, as well as Jean Jacques Burnel for balance. It's up until Sunday 21st.

Woman Of The New Wave
Posted by Simon at 5:23 pm

Email ThisBlogThis!Share to TwitterShare to FacebookShare to Pinterest
Labels: listening in

Liked Charlotte H's comments that you linked to, although bemused that everyone responding used PJ Harvey as an example of a female musician who doesn't have to take her top off to get press coverage.

Which is true, if you ignore her first NME cover.